Right in the middle of things — that defines the CORE. The region is in the heart of Missouri, which is home to the nation’s population center, as well as many companies who profit from the convenience of a central location. Mid-Missouri is well connected with multiple modes of transportation — highway, air, rail and river — for direct access to major markets throughout the nation.

The Columbia Regional Airport provides scheduled daily commercial flights to, for example, Chicago and Dallas/Fort Worth on American Airlines and caters to corporate flights.

The following airports maintain and operate a wide variety of military, corporate/business, and general aviation aircraft:

The nation’s second largest river, the Missouri River, flows directly through the CORE region, offering another mode of transporting goods across Missouri and connecting to the Mississippi River and the Gulf of Mexico. River barges run daily between St. Louis and Kansas City. The northernmost shipping port operating year-round is in the CORE region. 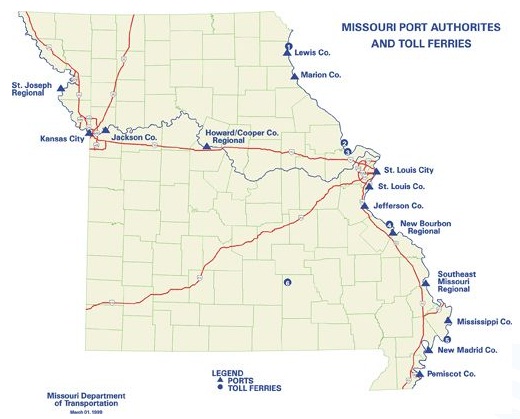